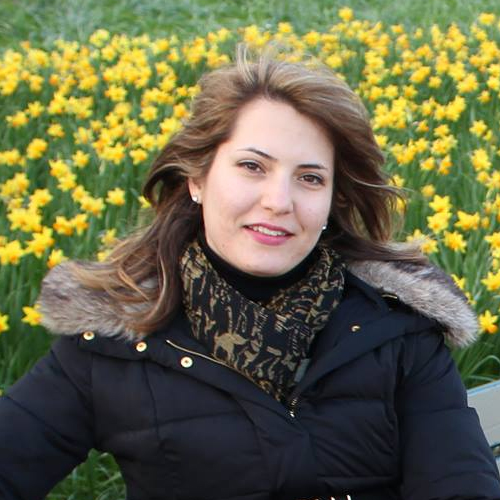 My name is Mehrnoush Nourbakhsh and this is my story:

"I was born and raised in Iran, a country that people are mostly Muslim. I was born as Muslim, which is a given religion and not chosen by me. At the age of 18, I knew enough about all the principles and some misconducts that I observed in the manner of most of the Muslim people that I knew in Iran, and it pushed me not to believe in Islam anymore. I tried to test and re-test the principles for several years and every time they failed in my eyes and were not a match to my personal manner.

I decided to read and know more about other religions at that time. But in Iran, I was limited to the books I had access to, as showing interest in other religions will cost your life. Especially as a woman the threats were even higher for me. In my heart, I became a non-religious person who tried to not talk about her beliefs to anyone, even family or best friends.

Then I left Iran to go to France where I met my husband and his family, and this became my first actual opportunity to be in contact with Christians and observe their lives and their manners closely. I realized that there were lots of differences between my previous religion, Islam, and Christianity. I liked it somehow, but my last experience was too harsh, and I couldn’t convince myself to get close to any religion at that time.

I fell in love with my husband, and I decided to exit from Islam officially by marrying a Christian man, which was forbidden in Islam for Muslim women. Although I couldn’t open my heart to accept any other religion, as a spiritual yet non-religious person, I believed in life, and I believed that life would always show me the way by bringing signs to me.

When we moved to the United States for my PhD studies, from the first moment we noticed that the university made a mistake, and we didn’t have an apartment to stay in. At that time a woman saw us and without knowing us, she invited us to her house and helped us to find our current apartment. She invited us to church, and she told me that her God put her in our way to help us. I was so busy with my courses at that time that I didn’t attend the church, but I was always thinking about her and how she kindly became an angel to help us.

Last summer in a party one of my friends asked me if I could host someone who I didn’t know, and I did so as an act of kindness that I received once. I thought that I could pay it forward by hosting someone who was in need.

He slept in our apartment that night and for breakfast we were sitting outside and discussing the philosophy of life and he explained to me how he became a Christian. He started to quote some sentences from the Bible and told me he was so impressed by how God was working in someone’s life. As an example, he told me God wanted him to meet me and stay with me and have this great discussion.

That morning I replied to him if God wanted us to understand something it is a more beautiful way to show it to us and in my mind, I was thinking about seeing hummingbirds as I believed hummingbirds are a kind of spiritual sign for me personally. Then suddenly at once we saw a hummingbird flying on my flowers! It shook my heart tremendously, for in 4 years that I have been living there, it was the only time I saw a hummingbird there.

A week after, my friend Mohammad invited me to a Persian church and there, I met pastor Farshid and started Bible study with him. After reading God’s word, I confessed my sins and put my faith in Jesus as my savior. That was the moment that I felt the Holy Spirit in my heart. Being in God’s presence, I have felt absolute peace of mind and heart for the first time in my life.

I have become happier and felt the existence and guidance of the Holy Spirit. I have reached the point in my belief that I am ready to claim my faith to the church and make it public."