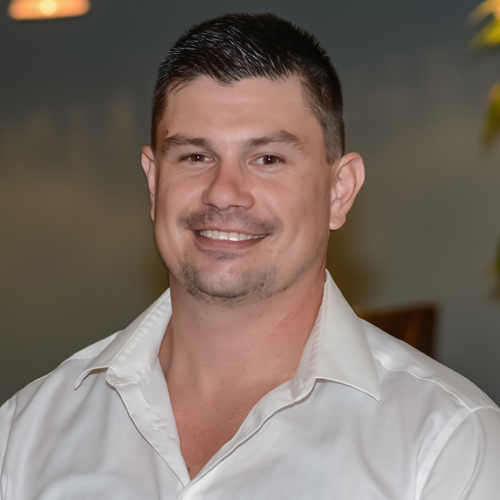 Hello, my name is Scott Johnson, and this is my story:

"When I was eight, my parents divorced, and both got remarried. Shortly after, my dad and step-mom found a church to become members of. I watched Jesus transform my dad's life, and I knew that there was something so real about all this church stuff, and intellectually I believed, but never made a commitment to follow Christ in my heart.

As I got into high school, I started getting into the party scene and making sexually immoral decisions with my girlfriend. By the time I was 26, I had acquired three DUIs, two drug possession charges, and four public intoxication charges. At 28, I met a girl, and at 29, I had a baby on the way. We weren't even together after he was born. She took him away and said until I started giving her money, I couldn't see him, and at this time, I was unemployed. It sent me into a depression which led me back to drugs so that I didn't have to think about all the pain.

One weekend, at the age of 30, I experienced a life-changing string of events. A good friend of mine whose house I was at shot me while I was asleep. The bullet went in and out of both my legs, and when I woke up, I looked at my friend and screamed, "you just shot me!" He looked back, with his eyes completely blacked out like a demon possessed him, and responded, "I know," then he put the gun to my head.

In the midst of all this, the biggest fear I have ever felt came over me, thinking, "this is it. I am going to die." But death itself wasn't my fear. It was the fear of my heart telling me, "I'm going to spend eternity in hell." For some reason, after what felt like forty-five minutes, I saw the white come back into my friend's eyes. He lowered the gun from my head, and he ended up giving me a ride to the hospital. Somehow the bullet that went in and out of both my legs didn't hit a vein or artery or tendon or bone. I hobbled out of the hospital an hour later with only a few bandages.

You'd think after that I would have immediately changed, but the depression was still there. I went back to drugs and alcohol, but I did have a sense that there was a reason I was alive, so I sought a friend who had a life group, and I attended. We started talking, and one man said, "has anyone in the group thought about what would happen if you were to die?" I felt in my heart I needed to tell my story and did after explaining my fear of hell. Then he asked if I had ever said "the prayer," and I responded, "yes, a bunch of times," and they tried to tell me I would go to heaven if I had said "the prayer"; and in my heart, I knew that was not the truth.

So, I went home to find where the Bible said that if you said "the prayer," you would go to heaven. About fifteen minutes after I got home, I found multiple scriptures that supported my argument. With pride, I was thinking, "these guys don't even know their own Bible," and never went back. But I continued reading, and it went from a few minutes a day to more and more. I wanted to know.

In January, I was still living my old lifestyle, and one night, lying on the couch, I felt this dark presence all around me, and I cried out to Jesus over and over. I cried out, and finally, I said, "I'm all yours, Jesus, and my heart's yours." At once, everything around me stopped, and an overwhelming peace came over me. From that day forward, I have sought God for who he is and have found a love for my Creator, a love so intimate I can't explain it.

I have an earthly father who loves me and shows me the love of Christ. I love my earthly dad, but now I realize how much more my Heavenly Father loves me that while we were his enemies, he showed the greatest act of love in sending his Son to die on the cross, dying the death I deserve, even though he was perfect and innocent.
By his blood, I now have access to the Father. His Spirit now lives in me, and He took my heart of stone and gave me a heart of flesh and gave me a new nature.

Now my life is not my own, and I'm here today to openly confess Jesus is the Lord of my life and my savior. I surrender every part of my life and future to him. I trust my God is good and Sovereign. Psalm 84:11-12 says, "For the Lord, my God is a sun and a shield. My Lord bestows favor and honor. No good thing does he withhold from those who walk uprightly. Oh my Lord of hosts, blessed is the one who trusts in you."