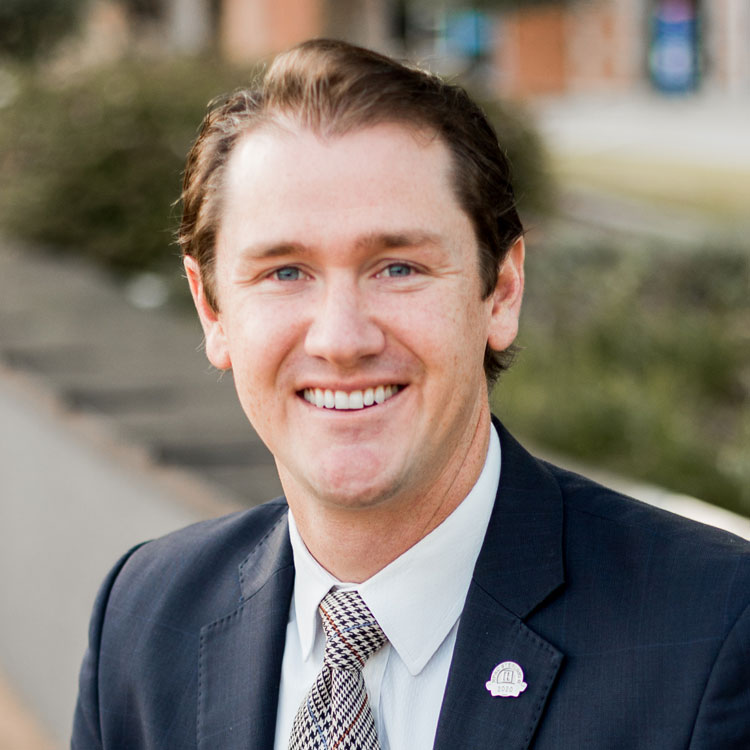 May name is Will Gattenby and this is my story...

"I was born and raised in a Christian home and did everything Christian families do. At 11, I acted on faith, trusted the Lord, and answered the call for baptism. From then through high school, I worked hard to balance my faith with the appropriate morals and the pressures of growing up.

Upon graduating from high school, however, I struggled to square my newfound “freedom” with the values of my childhood and my faith. While I still called myself a Christian and nominally believed Jesus/the Bible to be true, I certainly did not believe when it came to my actions. I sought popularity and good times, sacrificed my morals and success in school, and began ignoring my faith. Soon, the fruit of my sinful ways bore difficult times for me both personally and at school.

I knew I was broken but didn’t recognize that I had a heart issue. So, I resolved to put my head down and work my way out of the hole in which I had placed myself. I set more personal goals, worked harder, and refocused my attention. My grades began to improve, and I was thriving as I finished school and received my first job in Washington, DC.

I could finally have a fresh start and leave behind the college version of myself. I could lose the rough edges, and nobody would know how challenging college was for me. I had a great job on a high-profile campaign. In a city where conversations begin with “who do you work for?” I was riding high and looking good...until I wasn’t.

The candidate I worked for lost, and while I got another job on Capitol Hill, it was several steps backward for my career. Worse, I was suddenly irrelevant in my own mind, and the frustration with the job ended with me getting fired. In this fall from grace, though, there was a silver lining. I immediately knew I had a heart issue. I knew I was broken and began to seek the Lord. I began confronting the sin which had permeated so many aspects of my life.

The following day, a former colleague began meeting me for breakfast three or more times weekly to walk through the gospel together. I would sit with this colleague and his family on Sunday mornings at Capitol Hill Baptist Church, the same church my parents and their friends had been urging and praying for me to attend since I moved to the city.

The seeds which were planted and sprouted at a young age were finally being watered after years of ignoring my sin. My heart change was real, but my life change would still prove to be complicated.

During these months of immense personal and spiritual growth, I found joy in striving to make God-honoring decisions. Professionally though, I juggled low-paying, temporary jobs.

I finally received an excellent opportunity on a campaign in New Jersey. The short campaign had most staff living at the candidate’s house, and we worked nonstop around the clock. I made little time for God, and my distorted worldview affected my relationships, including with a girl I met on the campaign.

After the campaign, just before Thanksgiving in 2013, I moved home to Oklahoma, bringing a pregnant girlfriend, a fragile faith, and an expectation of judgment for both. I didn’t know what the future would hold for me, and I was scared. Fortunately, my refuge was prayer. Those prayers led to conversations about church and faith, and together, my girlfriend and I began to search for a church home, not knowing what to expect.

I went to Henderson Hills throughout high school, and my parents were still attending, but I wasn’t sure if this would be the place for us. Instead of judgment or ridicule, however, we received friendship and mentorship. We received spiritual guidance and counseling from our new CG leader and encouragement and accountability from our fellow CG members. My parents’ Community Group hosted baby showers and lavished us with love and support. We truly felt God’s love for us through the body of Christ.

As we were learning more about God’s love, we committed to loving each other in the same way. We had to work through many tough decisions, such as living arrangements, jobs, and the logistics of an impending birth. We also realized our love for each other was more important than waiting for a “perfect” wedding ceremony.

Amanda and I were married at Henderson Hills on April 26, 2014. She was 36 weeks pregnant. We had no registry, took no honeymoon, and many close friends and even some direct family members couldn’t make it. But we were surrounded by God’s grace. We were surrounded by family, church family, our CG, friends, and near strangers who had been praying for us for months before we met them. I knew then God had blessed me, and now, more than eight years later, with the same wonderful wife and four children, I know I am as blessed as any man.

Throughout my adult life, I have created idols out of status, success, and winning the approval of others. I still struggle with a desire for personal accomplishment and anxiety that I may never achieve anything “great” in my lifetime. But I have experienced His love first-hand, and I find great encouragement in Matthew 6. I pray to be anxious for nothing, and when I look at the arc of my life, I am reminded of the perfect plan of God our Creator. He is our shepherd; we shall not want."