God's Hand on Me - Randy Kamp 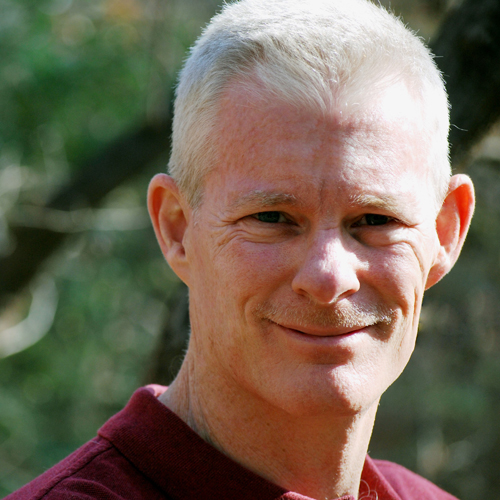 My name is Randy Kamp and this is my story:
I was “sprinkled” as an infant in an Episcopal Church. Romans 10:9 states that “if you confess with your mouth that Jesus is Lord and believe in your heart that God raised Him from the dead then you will be saved.” I did this when I was young, prior to getting confirmed in the Episcopal Church at age 12, but I really did not know what it meant.

Looking back on it, I know God had His hand on me. I grew up in a messy home and in a dysfunctional family and attended my first 12 step meeting when I was 16 years old. I began going to Al A Teen and then Al Anon during those years. It was while attending these meetings that I first began to understand what it meant to truly believe and have Jesus as Lord of my life. This began the transformation as discussed in Romans 12 where it states we will be transformed by the renewing of our minds.

At the age of 23 I realized I was an alcoholic and by God’s grace have been sober since August of 1983. The transformation continued in my life, and I married my wife, Linda when I was 25 years old, and we now have three children.

When I was about 40, I started a business and God really began teaching me. The business went well, but I knew I needed a mentor. I got involved in a Christian peer review group and found a spiritual mentor who I have been meeting with weekly since August of 2007. He held me accountable for things like Scripture memory, quiet times, sin issues, and the transformation continued.

In 2005 we started attending HHBC. At that time, I would have never thought about attending a “Baptist” church, but because our kids had many friends at HHBC, we began attending. We got involved in a Community Group, and we have become very close. We know this is a group that would truly do anything for us; they are the reason we kept attending HHBC.
While I loved our Community Group, I did not agree with the church’s policy on having to be baptized before becoming a member. I even spoke with a staff member about it. I was obstinate and have resisted because I do not like being told what to do. I have also discussed this with my mentor, but he has never pushed me to get baptized.
At this point I felt convicted to be baptized. I was baptized as a testimony to my faith and because Jesus commands it. I guess I am a slow learner.

Through all of this process I have continued to be transformed through Scripture, prayer, study, and meditation. My transformation will not be complete until the Lord takes me home. Today, however, I confess that JESUS IS LORD OF MY LIFE AND WITHOUT HIM I CAN DO NOTHING.
Tweet
Tweet

In His Loving Care - Taylor Beaver